Several of you have noticed the article ‘A Wide White Road’ in the magazine WoodenBoat no 245, which tells of the development of Ray Hunt’s Bertram 31. Sadly, it concludes that the Bertram 31 “was the first true production powerboat with a deep-V hull.”

The Bertram 31 was announced at the New York Boat Show in January 1961, nine months after the prototype ‘Moppie’ won the 1960 Miami-Nassau race. But by January 1961 the Fairey production lists indicate that over 40 of the British built hot moulded Hunt deep-V hulls had been produced and sold as Christinas, Huntresses, Huntsmen and Dell Quay Rangers.  Brochures and advertisements for each of these boats proudly proclaimed the advantage of their Ray Hunt designed deep-V hulls. 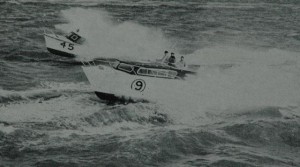 John Coombes CHEETAH 1 is for sale winner of several Trophies and 1st All British boat in 1961 built by Freezers on Hayling Island
£ 15,000
negotiableVat Included

Fairmile Construction – Bespoke one off for sale in Lancashire 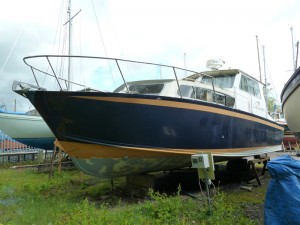 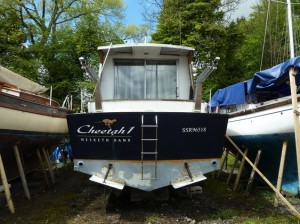 Tim Brand- Crombie has advised us that ULTIMA DEA is for sale in CARLOFORTE SARDINIA….where she has been in use a a fast fishing boat..it is reported that the price is 30,000 Euros……one of the most memorable early Levi designs and a big beast she was with her triple Maserati’s…..motive power at present unknown but more info as and when received…. 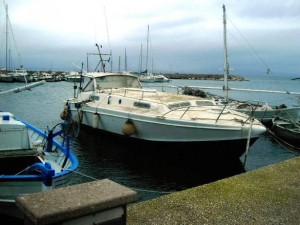 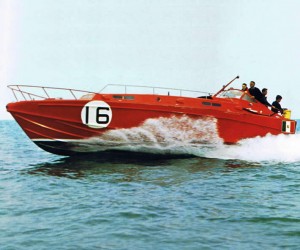 After month’s of grafting in the cold and wet…the man from OZ Mr John Leaver has completed a major rebuild of the R.W.Clark built Moorland 36 Ja Conja….anyone who is free on Wednesday is invited to attend the launch at R K Marine just off Bridge rd Swanwick….next step for John is to fire up those diesels and fill the tanks before prices spiral again…. 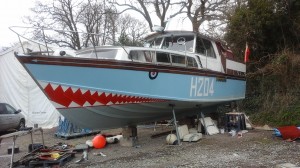 A little bird has told me that Alan Burnard’s “Sea Fox” is nearing or has completed its restoration, if so there is every chance that she will make an appearance at the Classic Rally. I will endeavour to find out more information. 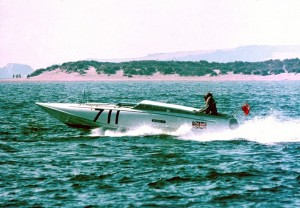 On the subject of restorations another 2 boats are nearing completion Ja Conja and the Pacemaker Satina although she is the subject of substantial repairs she is at least afloat.

invites you in conjunction with the auspices of the NMM

FRIDAY the 1st of MAY….(and a possible second date of May 22nd)

PLEASE REGISTER YOUR REQUEST TO JOIN THE VISIT BY EMAIL TO

Please include number of persons

and your car registration

Think back to the mid sixties and the Swedish invasion…the Bog Bats of Tag Boghammer…Speedy Gonzales and Låt mig få dansa (Lets Dance) it appears that both boats are still with us and may soon undergo restoration…both were powered by single Daytona’s and it will be remembered Speedy was at one point faster than Surfury…Boghammer now build extremely fast craft for the worlds navy’s and once built Magnums under licence but it is good to know these 2 still exist and maybe will be seen at the Classic Raly one day in the future. 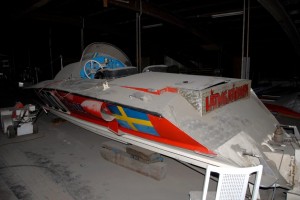 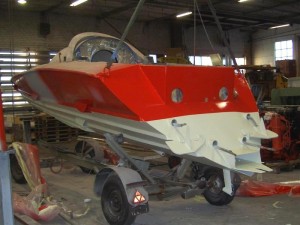 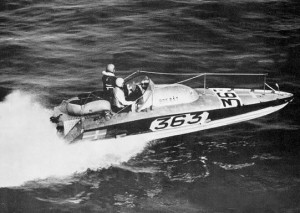 I am researching the 1961 Cowes Torquay Race and would be very interested to receive any information, pictures or even gossip about the entries, and what became of them.
In particular, the boats that did not start, where nothing at all is known.

I am also interested in any information about some early registrations of interest which failed to materialise as entries a month later. . .

Again, any information is welcome, even “Oh wasn’t that the chap who . . ” can provide useful leads!

Many thanks for your time in reading this
Charles Lawrence        czczcz@me.com

A grovelling apology in my haste to assemble the article I neglected to include Bill Shand Kydd’s other racer “CIGARILLO” which he raced with the Hon Maxwell Beaverbrook…I am also informed that he also crewed for Sir Max aboard Gypsy Girl in 1970….Cigarillo finished 6th in the Gale force 1971 race.

My thanks to Maxwell Lord Beaverbrook for spotting the error of my ways. 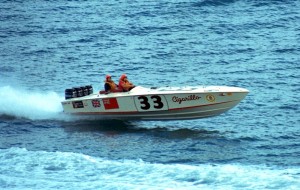 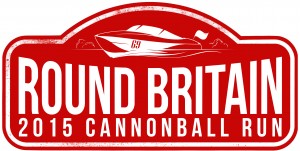 Mr Mike Lloyd has issued an invitation to owners of suitable Classic Craft that may be interested in participating in this event…Fairey, Triana, Bertram etc etc……many of these craft have done well in the past how about it gentlemen? it is not a race but a chance to show what a good oldie can do!